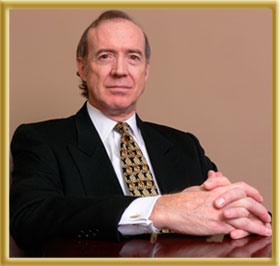 Attorney McNamara represented sixteen of forty-three victims in a twenty-two-million-dollar settlement with the Archdiocese of Hartford in 2005. In 2012 Attorney McNamara tried the first clergy sex abuse case to go to trial against the Archdiocese of Hartford. The jury found in favor of the plaintiff and the archdiocese appealed the verdict and the Connecticut Supreme Court ruled in favor of the plaintiff, resulting in a  final recovery of $1,661,413.50. He has provided testimony as to the benefits of full publicity and transparency in sexual abuse litigation. In another case, sounding in malicious prosecution against a plaintiff’s counsel, he was hired as an expert witness to opine that the attorneys representing a sexual assault plaintiff had probable cause to commence and prosecute a civil lawsuit against the defendant in the underlying case.

Two of Attorney McNamara’s successful trial verdicts resulted in significant decisions favoring plaintiffs in Connecticut. In Jacob Doe v. The Hartford Roman Catholic Diocesan Corp., 317 Conn. 357 (2015), the Connecticut Supreme Court found that the admission of deposition statements from the offending deceased priest was reasonably necessary testimony, as he was unavailable and his statements were given under oath, that they contained information which was consistent with other evidence admitted at trial, and were supported by equivalent guarantees of trustworthiness and reliability. The Court also found that Connecticut General Statutes §52-577d, which allowed sexual abuse victims to bring their cases up to age forty-eight, did not violate the Archdiocese’s substantive due process rights under Article First, §§8 & 10 of the Connecticut State Constitution. The Connecticut Supreme Court also upheld the preclusion of testimony from the Archdiocese’s proposed expert, who was expected to opine about how child molestation was viewed in the 1970’s and 1980’s.

The Court’s evidentiary rulings in Jacob Doe were adopted in the commentary to the Connecticut Code of Evidence as to Sections 7-2 and 8-9. These rulings are to be interpreted by trial judges as binding precedent as to these sections of the Code.

In the wrongful death trial of McDermott v. State of Connecticut, 316 Conn. 601 (2015), where Attorney McNamara was successful in recovering damages against the State of Connecticut for the death of a pedestrian hit by a log during a tree removal operation conducted by State of Connecticut employees, the Connecticut Supreme Court clarified the law with regard to the applicability of industry standards as evidence to be applied in negligence cases. The State took the position that compliance with tree removal standards for tree workers was the appropriate standard of care to evaluate the pedestrian’s claim. In other words, that the standards for worker safety applied to pedestrian safety as well. Justice Dennis Eveleigh, writing the unanimous opinion for the Court, held that the evidence of compliance with the industry standard is not an absolute bar to liability, but rather is but “one piece of information” for the trier of fact to consider, and held that the standard to be used was the general negligence standard of duty, breach, causation and actual injury. In a post-retirement interview, Justice Eveleigh mentioned McDermott v. State when asked about a case that illustrated his values as an appellate judge, viewing his McDermott decision as an opportunity to clarify Connecticut’s law of foreseeability and the duty that it creates. McDermott and Jacob Doe are often cited as persuasive authority in subsequent decisions by the Connecticut Supreme Court.

We Take the Time to Get to Know Our Clients and Their Stories.

If you need an accident lawyer in Connecticut

Call today to schedule a free initial consultation. Parking is available at Crown St., Temple St., the Municipal Garage on Crown St. and the Omni Hotel